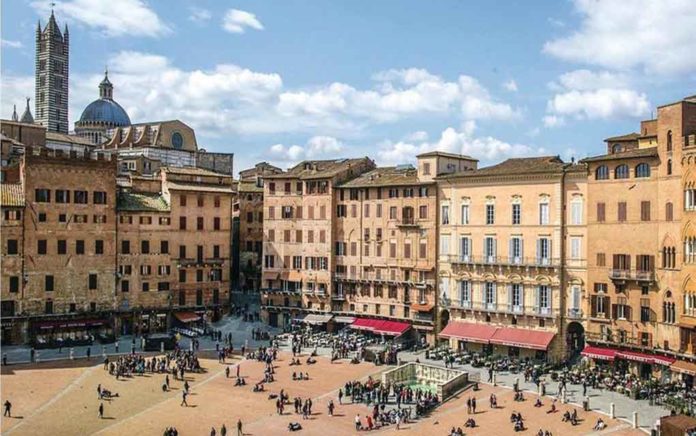 Aix-en-Provence is situated in beautiful southern France, about 18 miles north of Marseilles and the Mediterranean coast. It is home to several universities and institutes of higher education, as well as several French schools for foreigners. It’s a city of tree-lined streets, fountains, historic buildings. Students from all over the world head to Aix-en-Provence to study abroad, learn French, and enjoy French culture.

Alicante is a fantastic place to study abroad. It’s a small city, but not too small. Getting around is easy and there’s tons to do. Alicante is filled with cafés, restuarants, tapas bars. Fun and interesting festivals, from Moros y Cristianos, to Hogueras, Semana Santa and others abount. Alicante combines old-world charm with modernity. Alicante’s  historic district is composed of narrow streets lined with houses, restaurants, cafés, while the its more modern center is filled with shops, businesses, the main theater, movie theaters, and more. Alicante enjoys the best weather in Spain and has its own beach. From Alicante you can make day trips to places like Altea, Alfas del Pi, El Campello, Calpe and others. Housing and living costs in Alicante are some of the most affordable in Spain, making Alicante an extremely attractive study abroad destination.

Annecy is a beautiful small city not far from the French Alpes. The old town is situated at the tip of Lake Annecy and has charming canals that run through a portion of the old city. It’s city center is filled with impressive historic buildings, cafés, and restaurants. In addition to being beautiful and charming, Annecy possesses an old-warm charm and a certain mystique found in cities near alpine regions of France. There are several French schools and institutes of higher education in Annecy.

Bruges is a a beautiful and unique Belgian city well-known for its canals and for the many buildings and historic sites that it has retained from the medieval ages to the present – it has a remakrably well preserved medieval city center and is considered one of the most beautiful in Europe.  Located in the Flemish part of Belgium, the city offers a lively, culturally enriching environment.

Freiburg is a favorite destination for learning German in Germany and for studying abroad in Germany. It is something of a fairy tale town. Nestled among low-lying mountains in the Black Forrest region of southern Germany (just above Switzerland and near France), Freiburg is a beautiful, cozy German city. Freiburg is definitely a university city. Students come to attend the University of Freiburg, one of the many other German institutions of higher education in Freiburg, and to participate in German language and culture courses offered by several German schools in Freiburg. From Freiburg, you can travel easily into France, Switzerland or Italy

Salamanca is one of Spain’s top destinations for students studying abroad in Spain. It’s small size makes Salamanca feel comfortable and cozy. It is filled with beautiful historic buildings and the students that attend its many Spanish schools for foreigners and two universities create an authentic university environment in which to study, learn, experience, and enjoy. Along with Alicante, Salamanca is one Spain’s most affordable study abroad destinations.

Salzburg is not only one of the top 10 best European cities to study abroad in, it’s also one of Europe’s most charming cities overall.  The old town section of Salzburg is famous througout the world for being one of the best preserved historical city centers in central Europe and for all of its baroque architecture. It’s a beautiful city and has an very high “cozy index.” In Salazburg you will find the University of Salzburg and quite a few German schools where you can study abroad and learn German.

Siena is a medieval mater piece of a city. Situated on top of a hill in Spain’s famed Tuscany region (not far from Florence), the city sits safely within it’s impressive city walls and retains so much of its medieval character that you will feel like you have travelled back in time if you study abroad there. Pictures of Siena’s “Il Campo” appear in travel magazines and study abroad websties worldwide. In Siena you will feel safe and comfortable. The people are friendly and in no time you will get to know the city. Siena is home to the Universita Italiana per Stranieri and several Italian language schools. Housing and living expenses are more affordable than those of Florence, Rome, and many of Italy’s larger cities.

Verona is a beautiful Italian city located in northern Italy. Founded in the 1st Century BC, the city has grown and prospered ever since. It’s rich history is evident in its old Roman town and the  many beautiful and historically significant buildings and hisotrical sites  that were constructed over the course of Verona’s history. The city is home to the Universita degli Studi di Verona and to several Italian language schools that specialize in teaching Italian to foreigners.