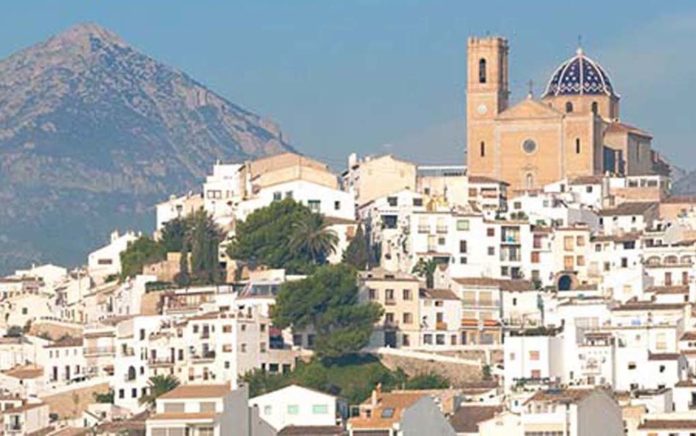 When considering the costs of study abroad, the two largest cost components or your study abroad experience are 1. Tuition 2. Housing In each of the cities is this top 5 list you will find Spanish Language & Culture study programs whose combined tution and housing cost is less than $1,000 per month. We looked at a dozens and dozens of Spanish university programs all over  Spain as well as Spanish language schools in Spain that specialize in Spanish immersion programs. Here is what we found – the top 5 most affordable cities in Spain to study abroad.

Salamanca is one of the most popular study abroad destinations in Spain. It hosts the Universidad de Salamanca, the Universidad Pontificia de Salamanca, and numerous high-caliber Spanish language schools. The main focus of the vast majority of foreign students that study in Salamanca participate in Spanish Language and Culture programs, which abound. The large number of Spanish Language & Culture programs offered by all these universities and schools has healthy and creative environment which benefits you, the student, in the form of affordable tution costs. Salamanca is certainly a university city. It is a small, manageable city in which to live and has lots of energy and plenty to do. It is safe, clean, and beautiful.

Cadiz is located in the south western part of Spain on the Atlantic coast. In enjoys beautiful sunny weather, is in many regards a typical Anadalusian city (except for the fact that it’s on an isthmus). It is filled with notable architectural and other sites of interest. It is home to the University of Cadiz and several quality Spanish language schools that offer Spanish Language and Culture Programs.

Seville is one of Spain’s most famous cities. It perhaps most famous for its festivals and architecture, which offers many examples of the moorish influence in southern Spain, as well as a number of highly regarded sites that are testament to Spain’s rich historical and architectural heritage. Pablo de Olavide University and the University of Seville, as well as some great Spanish Language Schools offer quite a few affordable study abroad programs and Spanish Language & Culture programs. Student housing in Seville is affordable and Seville itself is a lively Spanish city rich in Spanish culture and Spanish traditions.

Granada, most famous for the Alhambra Palace, is the second of the two most famous Anadalusian Spanish cities. While somewhat smaller than Seville, Granada is nonetheless rich in Spanish culture and also offers what many consider to be the “typical” Spanish experience. Granada, too, offers the potential study abroad student in Spain both affordable study and housing options.

Alicante is one of Spain’s most incredible study abroad destinations. While somewhat lesser known among US students than some of the other cities in Spain, Alicante’s uniqueness merits some description. Alicante is situated on Spain’s Mediterranean coast, in the part of Spain that enjoys the best weather in all of Spain. It is a mix of old, traditional Spain, and more modern Spain. It is a small “big city” with a historic old town, a more modern city center, a thriving commercial district, and a vibrant, energetic, and fun learning atmosphere . Alicante has its own beach, making it a popular destination for students and tourists throughout all of Europe. It is a very lively, energetic place to study abroad. A housing construction boom has resulted in plenty of affordable student housing – some of the most affordable in all of Spain. Housing in Alicante is affordable and easy to find. Situated in the nearby town of San Vicente de Raspeig is the University of Alicante, which contributes to Alicante’s status as a university town as well.