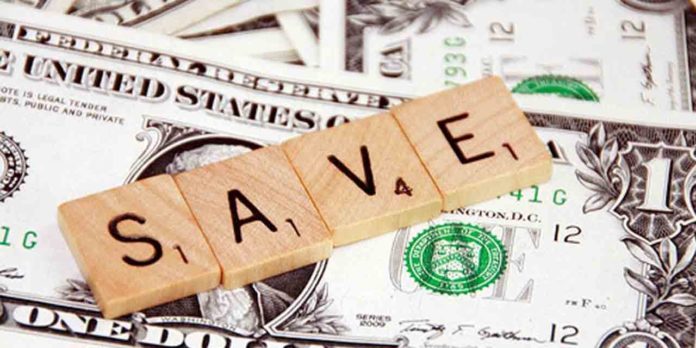 Budget Study Abroad – How the Rest of the World Studies Abroad

Few countries in the world have as much money as America. Better said, most of the world’s populations are, in comparison to Americans, poor. We wondered then how we met so many foreign students during our own study abroad experiences abroad.

If those foreign students have less money than US students, how is it that so many of them learn languages abroad and study abroad?Here is what we observed:

Foreign students don’t “study abroad.” Rather, they “study in France” or “study in Spain” or they go to Italy and “learn Italian.” While there seems to be no difference from “studying abroad” there are actually some big differences.

In the US, American students look to “study abroad.” Study abroad, as we understand it in the United States, is linked almost exclusively to US university programs or to thrid-party study abroad organizations that take care of the study abroad tour or study abroad program arrangements. In many cases, study abroad costs reflect the costs of education in the US, which is higher than abroad. As a result, the cost of study abroad for US students is the highest in the world.

In contrast to US students who wanted to study abroad, most of the foreign students we met who were studying abroad participated in various forms of what we in the US would call “independent study abroad.” They did not participate in group study abroad tours or packaged study abroad tours. The options they selected were affordable and in often significantly less expensive than traditional US study abroad programs that many US students select when they study abroad. In contrast to US students, foreign students study abroad to obtain fluency in foreign languages, an understanding of foreign cultures, political systems, and business environments, as well as broadening their own horizons in order to obtain the best jobs both back home and abroad. Many studied abroad prior to beginning their university studies at home, and many studied (particularly foreign languages) after completing their university degrees, while some took a year off of schools to study abroad or studied abroad during several summers breaks.For foreign international students, obtaining credits was much less important than affordability and language acquisition.As one Asian student we met in Spain said: “Employers don’t care so much about your credits. They need people who speak Spanish really well and understand their Spanish clients. If you speak well you get the job. But if you can’t communicate with the company’s clients and you don’t understand the clients’ culture, someone else who can will get the job. Being fluent in foreign languages is extremely important for us as job candidates and as employees”Foreign international students abroad did several things differently from US students. 1. Nearly all of them studied a language schools abroad during all or part of their experience abroad.2. Many participated in the “international programs” offered by universities abroad.3. Others participated in “guest student” or “visiting student” programs offered by universities abroad.4. Some enrolled into degree-seeking programs at universities abroad.5. They avoided debt. In contrast to US students, foreign students selected the above program types not only because they are less expensive, but also to avoid owing money. (It was extremely uncommon to find foreign students that had student loans or other loan types, as these were not necessary.)Language SchoolsIn-country language schools are very popular among the world’s international students. While we in the US can scrape by on the international scene because we speak English, the need in foreign countries for an educated workforce that is multilingual is critical. In the US, if you have fluency in a foreign language you get a better job and a higher salary. In many foreign countries, if you don’t speak an important foreign language fluently, you just don’t get a job at all.Consequently, if you decided to learn German in Germany, Italian in Italian, French in France, or Spanish in Spain, you will find Japanese students at nearly every language school you might visit. The same holds true for Korean students, German students, Spanish students, and French students. Competency in a foreign language is expected of the world’s international students and, fortunately, international students recognize the benefit (financial, professional, and otherwise) of fluency in foreign languages.Why are language schools so popular among international students that “study abroad”?

The two reasons we heard the most for the popularity of in-country language schools were (1) effectiveness and (2) affordability.
International students, such as the Japanese students studying in Europe or French students studying German in German, wanted and needed to learn whichever language they were studying fast and effectively – if you need foreign language skills for a job, you really have to speak it, write it, and understand it well. This required stays abroad of between 3 months and 9 months.Longer stays abroad enable international students to obtain those critical skills and meet the minimum foreign language skills of employers (which, as mentioned, was more important to international students than credits).Because in-country language schools offer intensive programs (20 hours per week, on average) that last from 1 month to 9 months or a year, a high degree of fluency could be achieved.Because there are many affordable in-country language schools, the cost for longer stays are manageable, and international students are able to achieve greater levels of competency / fluency in the foreign language they are studying.International Programs at Foreign Universities“International Programs” are offered by many foreign universities. (Many are called International Programs, though different universities have different names for such programs.) You can find them at the Sorbonne, at the Universidad Nebrija in Madrid, at the Universitá Italiana per Stranieri in Siena, Italy, and almost everywhere else.International Programs are the University equivalents of language schools. They may be special, summer-only programs or they may be on-going programs offered every semester. The primary purpose of these international programs is to provide foreign international students with the opportunity to study the language used at the university (French in France, Spanish in Spain, Italian in Italy, etc.)“Guest student” and “Visiting Student” programs“Guest student” and “Visiting Student” programs are often 1 year programs (sometimes 1 semester) that allow foreign students with competency in the language of instruction to attend the university for an academic year, during which time they take classes related to their studies at home or other areas of academic interest. Usually, they can take any courses offered by the university for which they have already met the course requirements.US students can also enroll in guest student and visiting student programs offered by foreign universities throughout the world.Degree-Seeking Programs AbroadDegree-seeking programs abroad just means going to a college or university abroad and getting your degree there. So, just as an Italian or Chinese student can get their degree from a US university, they can also get their degrees from universities in Europe or South America, or wherever. However, they must pass a language competency test that is required for admission. For this reason, too, many foreign international students attend language schools abroad, where they can learn fast and effectively, without breaking the bank or going into debt.