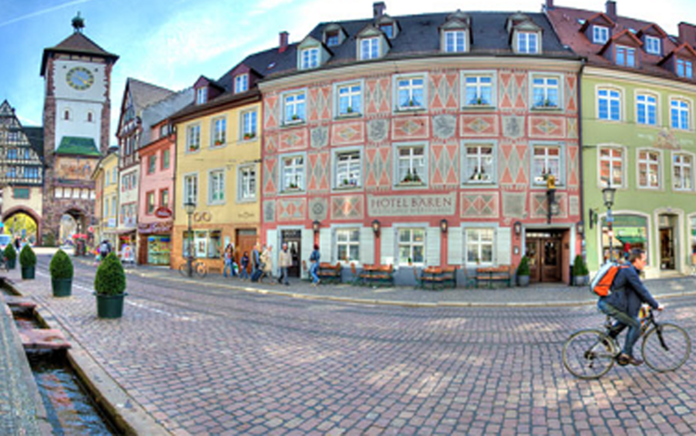 Germany is a unique study abroad destination – one which you really need to experience to appreciate.

Germany is a federal republic consisting of 16 “Länder,” which are similar to US states. The German government has a chief of state (president), head of government (chancellor), cabinet, legislative branch (Bundesrat), and judicial branch.

Germany plays an important role in both European and world events. It has one of the world’s largest economies (think business, jobs, opportunities…) and is notable for its academic institutions and technological prowess, among others.

The German language is spoken by more than 95 million people (divided primarily between Germany, Austria, and Switzerland), making it both a useful and important language in the world not only because of its usefulness in business, education, and other arenas, but also because of the simple fact that many people speak German.

One of the most unique and beneficial features about study abroad in Germany comes from the Germans themselves. Modern Germans are a socially aware, environmentally conscious, and politically active group.

It can be an eye opener for those who decide to study abroad in Germany and can have many positive effects on what you gain from your study abroad experience.

While the Germans are aware and vocal, the same could be said of the French, or of the Italians. Yet study abroad in Germany, and living in Germany among Germans results in a great deal of learning both by comparison and by example.

German students, for example, are very responsible with money, energy consumption, water consumption, etc. – surprisingly so, in fact. They spend less, consume less, and seem to be ever-conscious of the real benefit they get in exchange for their money.

The examples may seem trivial. But when we study abroad in Germany or learn German in Germany, we quickly realize how American we are – we spend more, save less, use more electricity, use more water, are less aware of and less sensitive to prices. In Germany you may well instantly feel “different” and suddenly be much more aware of your American roots.

There’s practically nothing that you can’t study in Germany.

The Utility of German

Being able to speak German, like being able to speak Spanish, enables you to bridge the language gap with international students and, in your professional life, with educated foreigners who are also fluent in German. Might you find yourself speaking German to someone in China or Japan or Brazil? You might. The utility of certain languages, including German, offers advantages you don’t normally think of.

In addition, fluency in German gives you quick and direct access to German newspapers and televised German news – you don’t need to wait for the translated versions to get important info (such as when you are working for an international organization). If you need or want to research something and the best data is in German – you have access to it. If you wanted to complete a graduate degree in Germany at a fraction of the cost for a similar program in the U.S., speaking German allows you to research programs with ease, not to mention making you eligible to enroll in the program.