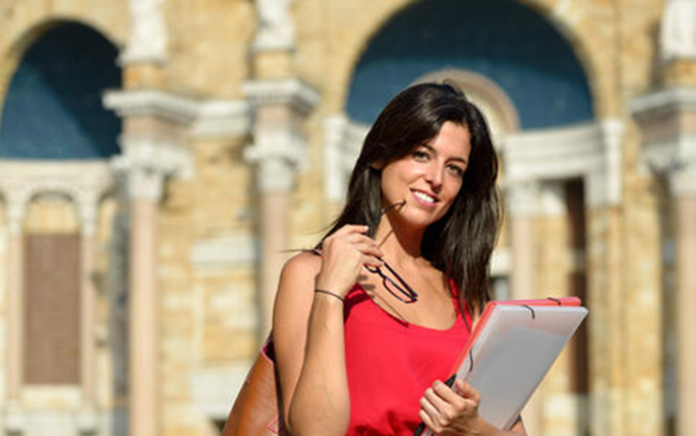 You’ll learn – and you’ll have fun. It will also give you a competitive edge in the workplace and deepen your knowledge of foreign cultures. Try it.

Around 260,000 US students study abroad each year, yet a relatively small percentage of those US students studying abroad indicated foreign language study to be their primary subject of study. While this data does not include US students that enroll directly into language schools abroad and foreign university language programs for foreigners, it remains an interesting bit of information.

Why? Because the acquisition of foreign language competency by US students is increasingly critical to US economic competitiveness and increasingly important in ensuring US national security. Looked at from a perspective perhaps more interesting to you on a personal level – the demand for college graduates and bilingual employees in general is growing – and where demand grows, opportunity knocks for those who have acquired competency in a foreign language.

What is foreign language competency?

Foreign language competency is essentially communicative competence in a foreign language. It means that you can use the language meaningfully, and use the appropriate language (for example, formal speech) in the appropriate context. It includes an adequate knowledge of grammar, an adequate vocabulary (specialized vocabulary if need be, such as for engineering), and what is referred to as strategic competence – basically the ability to work-around language problems if you get stuck (such as when you don’t know the correct word or phrase for something in a foreign language).

The one line answer is that you can speak the language “well”.

How do you get foreign language competency?

You go abroad, study the language, and live in a culture where the language is spoken. It’s what foreign students throughout the world have been doing for ages. Fortunately, learning a language abroad is fun, exciting, and effective.

Yes, we know. It sounds too easy. But such is the reality of studying abroad and learning a language…

When you learn a foreign language abroad, you find yourself in a new, unfamiliar, and probably exciting environment – your mind becomes a sponge and you acquire new vocabulary, expressions, and even grammar at a relatively rapid rate (compared to at home). Everything you learn in class, you will hear and use outside of class and that will reinforce your learning and make it all stick.

Immersed in a foreign-language speaking culture, you will be “bombarded” with the language (in a nice way) – you hear it being spoken on the streets, you hear it on the radio, you hear it in films and on television.

Importantly, you will often hear words or phrases in a context, such as when people are having conversations and their facial expressions and body gestures hint at what’s going on – and when that happens – click! – you get a new piece of the language competency puzzle!

Add to this the fact that you will need to speak the language when you want to shop for food and other living essentials, when you go out in general, and when you interact with other foreign students (not all foreign students speak English), and you will find yourself practicing many times more than you do here in the US – and it will all be a lot more fun!

Let’s emphasize a few things about learning a language abroad – sitting in a class with other foreign students, some of whom you live with or spend time with outside of class – is nothing like spending 45 minutes on your butt in class at your home school waiting for the bell to ring or the class to end.

When you learn a language abroad, unlike your language classes at home, a glance out of the classroom window will reveal a street in Madrid, or Siena, or Berlin, Buenos Aires, or wherever you happen to be. Different architecture, colors, shades of light, and sounds will inspire you – or at least wake you up and make you realize “Wow! I’ am in Europe!” or South America or Asia, or wherever you may be.

The pace of learning at a language school abroad is rapid … but it’s easy. Most foreign language schools and foreign university international programs (language programs for foreigners) are intensive courses – you will have 4 classes per day, in most cases.

In the US, 4 hours a day of language classes would be unbearable. But abroad it is entirely different.

When you learn a language abroad the classes go by quickly and in spite of all the work and learning, it feels a heck of a lot like a vacation. The classes are not hours of drudgery but are hours immersed in a language with friends and classmates from all over the world. The international environment is stimulating. Students come from all over the world, and you’ll find that quite interesting. You’ll learn about their cultures as well (not just the culture of the host country you are in).

You will also find the students that study languages abroad to be highly motivated – an important fact, because it adds an important energy to your learning experience abroad.

In the US, it seems, so many students in our own language classes were “getting a requirement out of the way.” They were not interested, not motivated and that created a pretty hum-drum kind of environment. It made learning a foreign language feel slow and painful. And what was the point, anyway?

Not so when you’re abroad.

When you study abroad, you will learn fast. The fact that you can perceive your own progress in in a short amount of time is encouraging and , in spite of “all that time” spent in class, you find yourself in some great destination abroad with plenty of free time to explore (and all the while hearing the language, speaking the language, and improving).

What are the benefits of language competency?

Additional benefits of language competency, however, include greater cultural understanding, the ability to move more elegantly, so to speak, in international circles or other foreign cultures in general, and, perhaps surprisingly an increased understanding of the U.S. (you’ll experience that when you get back to the States).

In a nutshell, effective language acquisition – language competency – being able to speak well – comes as the result of an international study abroad experience. It requires some time and learning abroad. During the time you spend abroad, even if your focus is on learning a foreign language, you will be immersed in a new culture which, to whatever degree it may be different to the U.S., will be filled with different traditions, norms, beliefs, and points of view, to name a few. During your entire experience abroad you will see, perceive, come to understand these – and you will especially appreciate the difference when you return to the U.S. (or to Canada, for those of you who are our Canadian buddies).

Who can acquire language competency?

In our experiences abroad, we have even heard some European students utter those famous words: “I took a foreign language in high school for 4 years and can’t speak a word.” But once abroad and in the right environment, they too learned the language!