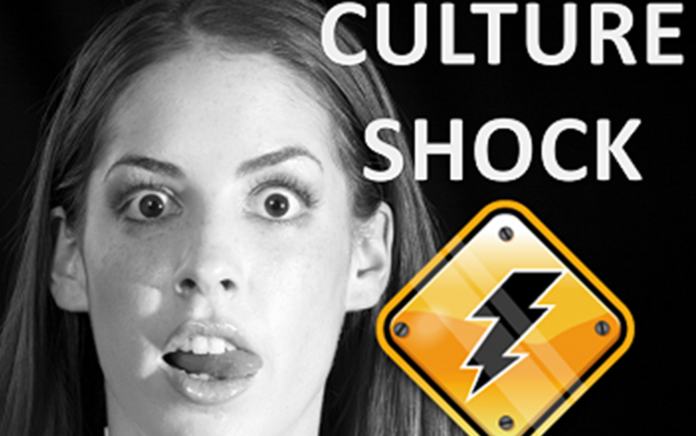 Anyone Get Culture Shock During Spring Break in Mexico? If Spring Break Took Place In China, Would We Get Culture Shock?  Is it possible to get culture shock in Italy, Spain, or Greece with all that fun, sun, great food and friendly people? Just Wondering…
By: a member of the Budget Study Abroad Staff who has seen (some of) it and done (some of) it

I studied abroad several times (over many years). Sometimes the adjustment to a new place – let’s call it “culture shock” – sometimes it’s difficult. Sometimes you just even forget that you’re supposed to even have culture shock.

My study abroad experiences focused on learning foreign languages. I found the least expensive programs I could find (I spent about $1200 on tuition for 9 month in Germany, and did a 9-month long Hispanic Studies course (Spanish language, history, culture, etc.) for about $1,000 in Spain. I also spent 4 months in Southern France, two summers in Italy and a month-long TEFL course in Lisbon, Portugal. Anyway, that’s how I had the luxury of several potentially culture-shock like experiences.

Culture Shock – What Is It?

There are all sorts of nifty, detailed descriptions of what culture shock is. Here’s a general run-down of how culture shock plays out:

1. You get “there” (wherever “there” is) and you’re somewhat euphoric. Wow! What great…city! …country! … place!

2. Then, when the euphoria wears off, you seem to realize that you’re in a foreign culture…and that everything’s different. (Ok. Good morning! Welcome to the world beyond your borders!) As the euphoria wears off, you (might) get anxious and the anxiety creates frustration (maybe), a feeling of loneliness (maybe), and all sorts of other accompanying (sometimes) reactions.

3. At some point, you start to adjust. Phew! And whoohoo!

4. You feel comfy in your new surroundings and have the time of your life (maybe). And then, darn! It’s already time to go home!

One Showdown With Culture Shock – Germany in the Fall

Since I only experienced something of a culture shock in Germany (on my second trip) I’ll describe it a bit.

I attended a German language school in Germany where I did a 9-month intensive German language and culture class. I went on my own (knowing that I would meet plenty of international students at the German school, which I did).

Though it was my second trip to study abroad in Germany, I experienced as close as what I possibly could to culture shock. I arrived in Fall, my favorite season. But Fall in Germany is dark, cloudy, rainy, and cold (though also really beautiful!) – but not the best weather to be happy in, even though I love the fall.

In the first month I lived in a German student dorm, but had to live in a guest room in what was essentially the basement of the student dorm, so I did’t have tons of contact with the other students, who each lived 20 to a floor with communal kitchens and bathrooms on the floors above me.

The result? I felt like I was on my own (except for when I was taking my German classes), I was a bit isolated initially in the dorm, and the weather was gloomy, even though I somewhat fond of gloomy fall days. I was depressed off my butt.

But in reality, I only felt alone in an unfamiliar place. Things smelled differently, looked differently, and worked differently, but none of that really bothered me. German is a pleasant language – much different from the “Hollywood German” we always here in American movies. The architecture was great, the surroundings were fantastic, the food was awesome, and all the students at my German school were also awesome. Not too shabby for a foreign, unfamiliar environment.

Still, I guess there were a lot of challenges – how to pay for tram tickets (like a streetcar) and get setup with a cell phone. But, wow! I was in a beautiful city in Germany and was about to have the best study abroad experience of my life (though I didn’t know it yet).

Maybe I have never had culture shock. The only thing I can say is this: One day I was in America. The next day I was in a foreign country where I didn’t know a single person. And that, combined with gloomy weather (back home I would refer to it as “cozy” weather) made it a bit hard.

Yes, lots of stuff was different…but it was no big deal, really. And I say this even though it took me a few weeks to feel settled in. The more time went by, the more familiar everything became to me. With each month of German classes (80 hours per month) my German improved by leaps and bounds. And with greater competency in German I met more people, developed great friendships, and felt more integrated.

So perhaps culture shock is the reverse of these things – it is not being able to communicate effectively in a foreign language, feeling alone, not having friends in a new place, and not feeling integrated.

Well, that was the hardest adjustment I had in any study abroad experience. It was tough, but it was no big deal, really.